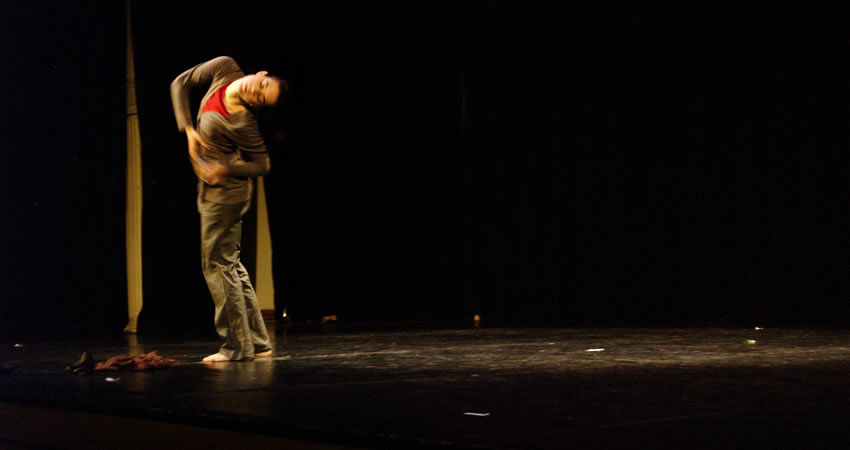 When I was a child, I had one person with whom I could share my feelings — my grandmother. Unfortunately, my mother often loomed over any discussion I would have with my grandmother. Sometimes she would ridicule me for crying or getting a hug from her, but my grandmother ignored her quips. I was extremely embarrassed when my mom humiliated me for sharing my emotions. Soon I grew to dislike any form of attention and I became uncomfortable if anybody tried to hug me.

Social Challenges Of My Youth

Throughout my teens, I leaned on support from my high school friends. After school, I was essentially lost — I lacked the strong social skills needed to move beyond a high school environment. I was an introvert by nature, shunning most social activities in favor of solitary activities such as reading, writing, and drawing. My life was consumed by work and attending college part-time for graphic design. In college, I learned quite a bit in the realm of academia, but I still struggled with my introversion, my insecurities, and my mood disorders. On weekends, I was a hermit who painted, watched TV, and drank coffee.

At the age of 27, I meet my future husband. He too enjoyed solitary activities — a match made in heaven, or so it would seem! Within a few years, we were married and had two children. My husband drank heavily and frequently, and refused to spend time with me or the children. He grew bitter and hateful towards me and I suffered domestic violence during the earliest years of my children’s lives. He started missing work because he was hungover. I managed to get a part-time cleaning job in the evenings when my kids were very young. Some days I had to call-off work because my husband started drinking when it was time for me to get ready for work. One employer told me I really put him “behind the eight ball” when I called off. I knew it was time for me to make other changes in our lives, but they would occur in baby steps.

Baby-Blues, Social Isolation Among My Barriers For Support

During my marriage, I sought help from a counselor for my depression and to discuss my marital problems. Because I went to a mental health counselor, my husband and his family would tell the police and neighbors that I had “mental problems” whenever a domestic dispute arose. I became further alienated by the community. All anybody could tell me when I asked for help was, “go to Job and Family Services.” Job and Family Services, or the “Welfare” agency, were not equipped to help me, as they would make cutting remarks when I tried to ask about social support. I suppose they were accustomed to dealing with individuals who already had a social support system in place.

In 2006, a year after my daughter was born, I sought the support of a parenting group, where I meet another social worker who led the group. Among the group was another new mother who I became friends with for many years. She was a very educated woman with emotional issues. The parenting group was held in a church. One evening after class, we spoke to the pastor and church members, who prayed with us. I tried praying more when I was at home — I’d pray that I would be stronger for my kids.

When I was a new mother, I felt people would criticize everything about me and how I raised my children. Once when I was dining at a restaurant with my cherubic infant son, a man boldly asked, “does he eat much?” It was a rhetorical question; an under-handed tool to let us know I was a bad mother and my child was overweight. If my baby cried, people stared at me as if to say, “you can’t control, discipline or nurture your child they way he needs — you are a failure!” When my son was a toddler, I found it hard to deal with other kids rejecting either of my children on the playground — I was never at ease. When I confided in my mom, she would simply say motherhood was difficult. My husband, who sometimes join us if we were going to a restaurant, sat without a care in the world, while my mind raced. The way I loomed over my children was hyper-vigilant, to say the least!

My hormones and my emotions were often overwhelmed, and I was exhausted from the sleepless nights when my husband came home and started screaming at me. For hours, he would verbally abuse me, call me names and insult my family while I tried to sleep. The kids would wake up early and I didn’t want to be in a bad mood for them. I prayed that my husband would stay gone for the night so I could have a peaceful rest.

My new friend from the parenting group spoke to me about the “red flags” in my marriage. At the time, I was unaware of such things. The abuse continued in my home — my husband would destroy my things, the kid’s things, he’d punch me or put holes in the walls. The police came to our house on several occasions. When I finally decided to go to a shelter, I was not prepared for the emotional challenges I would face.

A Brief Stay In A Shelter

I stated before, I was very sensitive to criticism about my abilities as a mother. My son was 4 years old and my daughter was about 2 years old when we stayed at the shelter. Immediately, the new environment and all the chaos caused discord within my children. I felt overwhelmed by all the social workers flitting about in the shelter. They would often scold me and my children, saying they couldn’t act “rambunctious” (read: act like “kids”). We were treated coldly, like unwelcomed, but tolerated, guests. The social workers did not seem equipped to deal with women or children with our needs.

My mind was in a fog and the workers wanted to know when I was getting a job. I did not have very many friends in the area to help with childcare while I looked for a job or to interviews. The childcare centers in place for lower-income women only helped with childcare once you had a job or were attending school. My car was causing me grief as well and I had money to make the repairs. Although I had to ask strangers for jumps, the workers in the shelter said I had it easy because I arrived with my own car, and many women escaping abusive relationships relied on public transportation.

My husband had a process-server chase me down at the shelter and serve me the divorce papers. Because the staff were convinced that I compromised the secret location of the shelter, they grilled me — they asked if I told anybody where I was staying. When I said that my friend knew the location because she had previously stayed with her son (before they threw them out as well), they were unconvinced. Shortly after their interrogation, my mother-in-law somehow found the location and was spotted following us as we walked to the library. The women at the shelter asked us to leave. I wanted away from them as soon as possible, and went back to my husband, where at least I had some semblance of predictability. Life sucked with my husband, but I was going to take slow steps to move on to a better life. At least I was able to obtain the help of an attorney during my brief stay at the shelter.

Slowly Moving Ahead On My Own

After returning to my husband for a few months, I secured an apartment for myself and children. Along the way, I continued with my counseling when my mother-in-law spent time with the kids.

For years, I struggled with the unwelcome advice and criticisms from strangers. I always compared myself to other women. They were attractive, confident and multi-tasking their children with ease and happiness. On the inside, I felt lost emotionally. Nobody would understand the mental fog I felt for so many years. I learned it was best to not talk to people about the depth of my thoughts.

Eventually, in 2009, when I had relocated to my hometown, I became gainfully employed. Through work I have gained many friends, although I still harness my emotional “baggage”. During my twenties and thirties, I went to therapists and family physicians, all who gave me the same diagnoses — generalized anxiety and depression. My dark times seemed immeasurable, but the anxiety was omnipresent. Still, I felt as though I was running on two gears most times — depressed and immobile, anxious and wired. I experienced fleeting moments of joy, when I was in the presence of my friends.

I hope I have found a safer outlet for such things through writing. Much of my time at home is spent at my laptop, digging up the skeletons of my past and freeing my soul. When I chose a topic, I try to formulate an outline. When I don’t write the outline, I tend to write where my pen (or keyboard) take me. Often, I change the title of the story to reflect my whims. My wounds are invisible to the eye, but my words often purge the painful thoughts and experiences.

I continue to seek support. In May of 2017, I scheduled an intake at a behavioral clinic. My first visit consisted of discussing my family of origin and the legacy of alcoholism within my family. Three months later I met with the psychiatrist for my evaluation. During this visit, I was diagnosed with bipolar disorder.

When women and children find it necessary to be uprooted to seek refuge from domestic violence, I would strongly recommend seeking regular counseling first. They have the training to help you prepare emotionally and mentally for the changes in your life. It was only after I sought regular counseling that I was mentally and emotionally equipped to get out of any abusive marriage and get help for my own mental health issues. There will be many changes — in residence, in family structure, income, career/job, as well as schedule changes, and if you were not already accustomed to single-parenting, you will have to take care of yourself and children, and even — gasp! Learn how to enjoy life again!