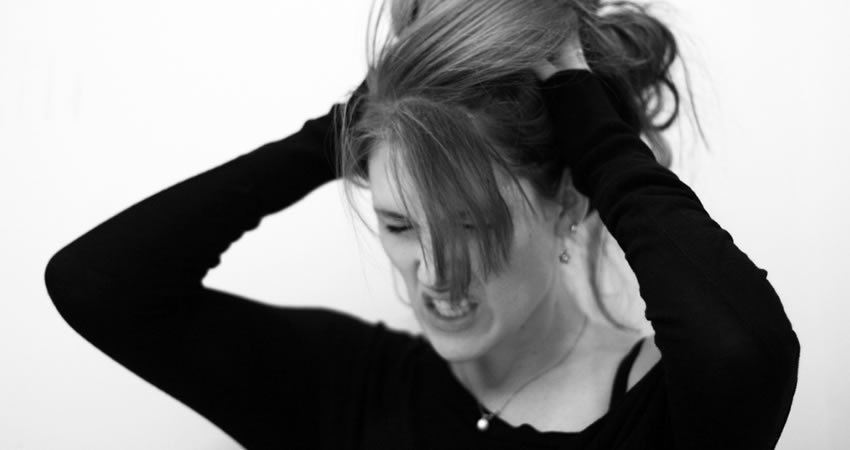 Having Trichotillomania, at first, is like living on an isolated island in the middle of nowhere – that even the idea of trying to describe such a metaphorical island is a tad pointless because no one will find or see it. Yet I guess that’s what it’s like trying to describe to people that you have Trich; it seems utterly pointless because people stare at you as if you are either a nutter, weird or someone making a fuss out of nothing. I mean, how do you tell people that you sit in front of a bathroom mirror, for up to an hour, strategically deciding which eyelash to pull out next to satisfy the anxious voice in your head because you’ve made a mess of trying to pull out that one particular lash for a long time now?!

For anyone who doesn’t know, Trichotillomania is a Body-Focused Repetitive Behaviour disorder where the individual feels the overwhelming urge to pull out their hair. Yes, the saying that one is so stressed that they can pull out their hair is an actual, legitimate thing. Those affected by the condition, who some prefer to be called Trichsters, can pull from all over – from their scalp, to their eyelashes, to their legs, heck, even their pubic regions! That itself makes it hard to tell people because a minority of people will look down at you for openly admitting that you pull your pubes. What can we say – they’re the easiest to pull out!

But back to this metaphorical island – why exactly is it so hard to talk to people about having Trich? From personal experience and after talking to other Trichsters, the same thing seems to arise: our condition is immediately dismissed. The first time I told a professional about it, I was a sixteen year old girl on the verge of breakdown; yet this so called “professional” merely stated it was a bad habit that would go away after exams. Spoiler alert, it didn’t. I literally pulled out all my eyelashes. Plus, my eyebrows were quite bare too. In fact, both my lashes and brows still haven’t grown back yet and the last time I pulled was nearly two years ago! Having someone dismiss something I knew was more than just “a bad habit” was deflating and really lowered my self-esteem, which was pretty low to start with. I kept pulling and it became more frantic the longer it went unnoticed and untreated.

Something that is quite common are pulling sprees. This is when the urge to pull is too much to control and you can find yourself pulling out large quantities of hair in short to long periods of time. At my worst, I pulled out fifty eyelashes in less than ten minutes. I know this because each time I pulled it out, I would put it on my wall; mirror; poster – anywhere and anything I could see them on. It’s not surprising that some see this as a form of self-harm or OCD given how a person reacts in a pulling spree.

However, I want to conclude on something positive for fellow Trichsters! I have been pull free for nearly two years now and the urge to pull has continued to decrease each day! Some days all I want to do is rip out a hair, but that’s why we learn techniques to stop that from happening. I draw little doodles when I feel the urge to pull, like 3D boxes and I do it until I don’t feel so bad anymore. Or I tug on a piece of string, elastic band or any form of fabric – basically, anything that keeps my hands busy. If the hands are being used for something productive, you won’t be able to pull and the urge will decrease! Living with Trichtillomania isn’t easy, but you are NOT alone and the moment I realised that through online support (such www.trich.org) I soon realised that I’m not on that isolated island in the middle of nowhere. In fact, I am part of a large community who support me through lows and offer advice how to live with such an unknown condition. It’s time to change that though – it’s not just a bad habit and the sooner that is realised, the sooner we can support the 2 in 50 people who are diagnosed with Trich. 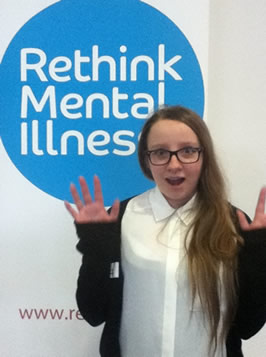 Skye McAdams, is an University student who is studying Drama. Keen writer and runs her own blog: http://thedailycomplains.blogspot.co.uk/ [When Life Hands You A Lemon…] Uses this blog to discuss daily life – from the highs to the lows; to promote musicians; discuss a variety of interests and to raise awareness for Mental Health. Loves to hang with friends and spend time with family. Also loves a good pun or two!