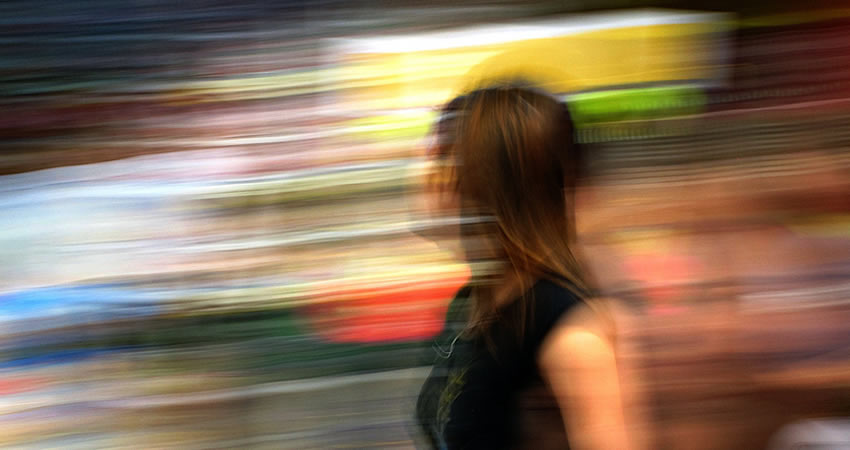 Chaim’s and My Last Moments

“Chaim, if you were here right now I would drop these medical books on your toes!” I was furious at my cousin. He promised he’d do half the research on our high school AP Human Physiology paper. The topic was the three trimesters of pregnancy. It was supposed to be a team project! I turned to the text books and railed, “Do you hear me Chaim? TEAM project. Not a Shoshana does all the work alone project!” Even as I was reading about the complexity of a zygote, I was planning my cousin’s demise. He had called me up that evening to ask if I wanted to go to the mall with him. He wanted to pick-up a birthday gift for his girlfriend. He cajoled, “Come with me Sho. I promise I’ll write the second and third trimesters.” Infuriated, I snapped at him, “I’m not failing this class because you want to buy Emma a birthday present. I’m going to the library…ALONE.” I slammed the phone down on its cradle, a satisfying gesture.

That was the last conversation Chaim and I ever had. My mother came into my bedroom at 4 AM. “Shoshana, I have something to tell you.” Looking into the face of my mentally ill mother, I saw a rare emotion, sadness. Silent, I braced myself for her next words. “Chaim died in a car accident coming back from the mall. I’m so sorry. So sorry.” She left me alone in stunned silence. She’s lying. I tried to convince myself. She’s always lying. It’s another one of her delusions. But, it wasn’t this time. Chaim was gone.

The following days were a blur. Chaim’s funeral and burial were the next day. A few days later, our high school held a memorial service for him. Chaim was precocious, cynical, a starting shortstop, and was always tying rules into square knots. We loved and fought like siblings. How could I face my life without him? We had plans. We were going to pick out colleges for each other. He was going to force me to go to the prom, even if we had to double date. Besides, we had a paper to finish. I remember standing at his grave and chiding him, “Isn’t dying a drastic way to get out of writing about childbirth?” I felt no grief. I was propelled into a netherworld of shadows. As I stood in front of the mound of dirt that was now Chaim’s last sandlot, I felt an electroshock.

The night of the memorial service I was fidgety. I decided to use my boundless energy productively. With the help of my grandmother’s manual typewriter, I began to pound out that thirty-six-page paper. The rat-ta-tat-tat of the keys sounded more like a rapid-fire machine gun than key strokes. My two index fingers were dancing. I started typing at 10 PM, with the radio for company. I hunted and pecked my way through the entire paper, ending at 6 AM. The radio station played music after midnight on a continuous loop. I heard the same songs in the same order repetitively. Even though my fingers had finished typing, my brain was still listening to really bad 70s pop songs. “Beth” by KISS wormed its way into my grey-matter and the insidious tune drowned out every thought I was trying to hatch. I cupped my ears and screamed to no one “STOP. JUST STOP”. It didn’t help that Chaim would play that song for me knowing anything by KISS annoyed me. Even though I had been up for 30 hours, faced my entire school at Chaim’s memorial service, and typed a large complex paper, I was wild eyed and ready to play.

Chaim passed away in May of 1977. The summer after his death I refer to as “the lost summer”. I was a frenzy of activity. I worked three part-time jobs. There was the donut shop where I arrived at 4:30 AM to stuff jelly donuts for the 6 AM factory shift. That was followed by the hospital cafeteria job where I served lunch from steam trays and cleaned tables. All topped off by my job as the sole employee in a frozen lemonade shop that closed at 11 PM. I would catch the bus home just in time to listen to either a West Coast Boston Red Sox baseball game or my favorite late-night radio sports talk show. I called the host every night at 3 AM with the same complaint. I demanded to know why my favorite player (a second-string outfielder) wasn’t playing instead of Fred Lynn, the starter. I had every at-bat statistic of my favorite player. I had multiple pictures of him on my bedroom walls. I wrote him long adoring poems. I made up songs about his greatness. I sang my songs and read my bad poetry to anyone and everyone I could corner. No one said a word to me about my peculiar behaviors. I was bee-bopping along at 100 miles an hour and no one noticed.

Then my frenzied brain was infiltrated by gremlins. I started to talk to the photographs of my favorite player…and they talked back. I had a secret friend hanging on my walls. If I felt chatty, which was all the time, I’d turn to the photographs and we would talk about Chaim, my plans to attend medical school, or why he didn’t save the game. I had this belief that if I played the game of jacks for the entire length of the ball game, the Sox would win. In fact, I was certain that the faster I scooped up the little metal nuggets, the more runs they’d score. So, I would feverishly bounce and scoop until my fingers blistered and my wrist cramped up. If we won, it was worth the pain. If we lost, I reasoned, I just didn’t scoop fast enough. I would just have to try harder the next time. By mid-summer I was calling the radio talk show host five or six times a night. Always with the same complaint. He knew I was only sixteen so he humored me. Then after a particularly furious night of dialing, his producer told me the host would no longer take my calls, and I needed to tell my parents what I was doing. There was humor in the producer’s statement. My disintegration was happening in my parents’ home under their noses. However, when your parents have psychotic illnesses of their own, what’s a few extra gremlins?

As September approached, my summer frenzy burned itself out. I started my senior year almost comatose. I looked stoned. Someone would ask me a question and I would stare blankly, mouth agape, brain anesthetized. I shuffled when I walked. Milk flowed from my open mouth at the lunch table as I drank. I sat in AP classes, notebook closed, snapping my pen and watching it duck into its casing. I found the “clicking of the bic [pen]” engrossing. I didn’t need calculus. Teachers said nothing. My classmates said nothing. However, everyone kept a furlong’s distance from me. Either they thought I was contagious or pitied me because of Chaim’s passing. Either way, I was left to struggle alone.

It took the entire first quarter for my brain to reengage. However, the damage had been done. My grades were abysmal. I was a perfect 4.0, including AP courses, until the fall-out from the “lost summer”. My GPA for the new quarter was 1.8. My college prospects crashed. Chaim had me down as a Bryn Mar girl. I had him pegged for an Airforce Academy cadet. However, we both agreed to attend the same medical school, cousin MDs, the cocky surgeon and the demure psychiatrist. Now Chaim was dead and my academic future looked grim. None of it made any sense.

I did recover academically the following three quarters, but I never went to a tier one college. At first, I wept, staring at an acceptance letter from a school not Bryn Mar. Chaim’s face popped into my mind. I could almost hear him tease me, “really Sho, your blubbering about THIS? Just knock your new professors’ socks off. You are going to college for both of us now. Don’t blow it.” I answered him, “Chaim, I’ll go to medical school for both of us also, but I’m not touching icky surgery guts, not even for you.” Somewhere in heaven, I could hear Chaim’s infectious laugh.

Even in death, the bond between Chaim and I had the power to transform. I realized I could still access his wit, insight, and impishness anytime I needed him. Chaim would never be dead as long as I carried him in my heart, mind, and soul. I have held his essence with honor going on 40 years now. Our bond is as strong as ever and we still “talk”.

Shoshana Stein. By day I work in cancer research. I’ve done undergraduate work in chemistry and graduate work in biochemistry and toxicology. In the evenings I write about my transformative journey from a year-long hospital confinement to mental health. My first manuscript, “Finding My Voice: A 20-Year Psychiatrist-Patient Odyssey” has just been completed. I am also the author of several published and soon-to-be published essays, including “Mania: A Hat, A 55-lb. Rabbit, and Dr. Rosen”. You may follow my journey over on my blog.