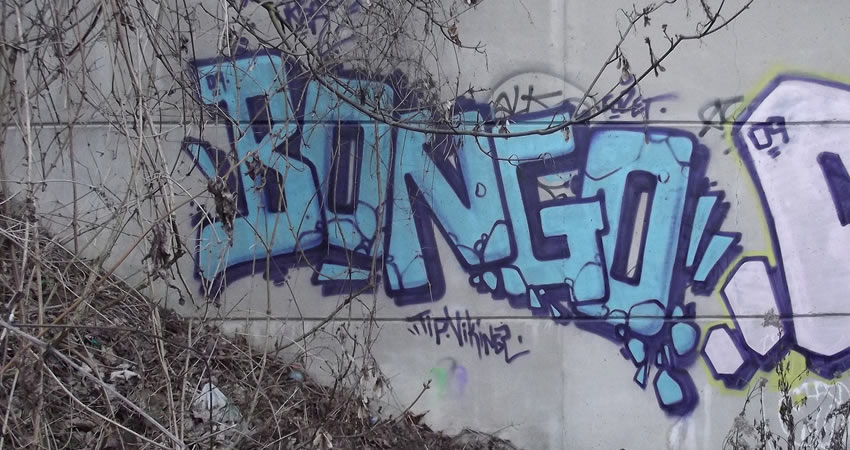 A few days before my tenth birthday, my mother tried to commit suicide. She spent the next two years in a psychiatric hospital, where she received electroshock therapy for the “blue moods” that had driven her to the suicide attempt.

The event was never spoken of, though my two brothers and I were warned that we better behave ourselves from now on, or she would “get sick” again. The blue moods seemed to have disappeared all right, the sickness held at bay, but they were replaced with what we came to call “The Reds” (fits of explosive anger), “The Hypers” (non-stop energy), and “The Mongo Bongos” (behavior that verged on the psychotic).

While she was never institutionalized again, she did spend a considerable amount of time in the psychiatric ward at the local hospital after my father died of Alzheimers; the disease brought on, my brothers and sister and I were sure, by having to deal with her nutty behavior after my brothers and sister moved to cities two-hours away. As far as we were concerned he’d tuned my mother out for so long that, at a certain point, he couldn’t tune back in.

Living alone in the family home after he was gone, she’d put in a call to one person and, in order to avoid long-distance charges, ask that the message be passed along to the others. She was “going to the hospital for a little while,” the next day, that afternoon, or in a few hours. “It would be lovely if someone could come over and visit.”

At first we usually did, my mother arranging meetings with her nurse, her social worker, and any other members of staff who were on duty at the time. Everyone seemed to know and like our mother, people friendly, enthusiastic and optimistic about her condition. They liked having Bev around, so we were told on more than one occasion, because she brought life to the place. She was a breath of fresh air. Doing surprisingly well for someone with “grieving widow syndrome,” her official diagnosis.

Once the meetings with the nurse and social worker were over, at which my mother was never present, she’d take us around the ward introducing us to new patients, people we hadn’t met before, delivering her personal assessment of what was wrong with them as we walked off down the hall; chatting a bit with those we knew from previous visits, conversations that were always on the unusual side, but not without their interesting moments.

A woman named Liztaylor, who believed, because she had the same violet blue eyes, lush black hair and facial features, that she actually was Elizabeth Taylor. Her real name was Claudette, but she had officially changed it many years ago. My mother had shown us her driver’s license on one of our first visits. It was seven or eight years out of date, however in spite of the motor vehicle department’s usual bad photography, you could swear you were looking at Cleopatra herself.

Another of my mother’s friends, Lenore, had been married to the singer Tom Jones, or so she thought. She played his albums on the record player they allowed her to have in her room. There were posters of Tom taped to the walls. We’d just have said hello to Lenore, when she would eagerly ask us what we wanted to hear. Unfamiliar with Tom Jones tunes, we’d ask her to choose something for us, Lenore singing along to the music, my mother telling us to humor her and do the same.

On our tours around the ward, we’d pass patients either my mother didn’t know, or didn’t care to know. They were “squirrely” in her opinion, out of it because of the drugs they were taking. “Lobotomy by pill,” as she put it, my brothers and sister and I taken aback with her insight the day she’d first used the phrase, since that was exactly how these patients appeared: shuffling along the hall in their hospital gowns and slippers or lace-less shoes, heads down, muttering in raspy voices, clearing their throats, always wringing their hands.

The hospital stays became more frequent, the behavior that led to them more disturbing—no more Reds or Hypers, my mother seemed to be suffering from a deepening case of The Mongo Bongos, something my brothers and sister and I tried to have the staff realize was indicative of more than grieving-widow syndrome. How long, we wondered, was it supposed to go on? Our father had passed away five years ago, for heaven’s sake.

I arranged an appointment with the psychiatrist handling her case. It took some doing to have him agree to see me. Mental health law was such that he was prevented from talking to anyone about her status unless she’d expressed an intention to do harm to herself or others.

I told him she had, many times, and went on to describe The Reds, The Hypers, and related a number of the more harrowing Mongo Bongo episodes in her past, which I thought, because of her previous suicide attempt, would show him that the family’s concerns should be taken seriously.

What suicide attempt? he wanted to know, sounding shocked. He said he found it hard to believe she would have neglected to tell him about something as significant as that. Of course she hadn’t told him about it, I explained. That had been, as far as I understood it, the whole purpose behind the electroshock therapy: to erase any memories of it.

I met him in his office, and gave him specifics of the suicide attempt, as well as a detailed history of mental illness in our family, information that he was happy though, in his professional capacity, rather embarrassed to hear coming from someone other than my mother. I told him I understood his predicament, but hoped he could appreciate mine. It wasn’t exactly easy proving the state of someone’s mental capacities without wondering a little about one’s own. The doctor concurred. After thirty years as a practicing psychiatrist, he agreed with me that it wasn’t.

There were more distress calls, not quite a steady stream, but they were regular enough to be troubling, stressful and time-consuming, particularly those we called “Third-Degree Mongo Bongo,” friends and neighbors caught up in her agitated dramas, at her beck and call 24/7, something she complained was because none of her family would come over and help her.

There were men with cameras taking pictures of her when she was in the shower. They’d stolen the money she’d been hiding under her mattress. She was worried about sleeping in her bed, so she hid on the floor of her closet and closed the door. Yet here her children didn’t even care!

Following an alarmed call from the minister at her church about a near-death moment some of his parishioners had experienced in the parking-lot as a result of my mother’s high-speed driving, one of my brothers went over and took away her car keys. She was distraught, a bad case of The Reds kicking in.

My brother was firm. He made a deal that he’d give her the keys back if she sold her house and moved into a seniors’ residence. I’d cleared this with her doctor, who alerted me to the fact that many places might question accepting someone with her psychiatric history.

I leveled with her. She promised to be on her best behavior, and from the moment she moved into the residence, she was. There was no more driving, there were no more phone calls, at least none made in distressed desperation. No more stays on the psychiatric ward, no more life-threatening dramas, no more men taking pictures.

She got along famously with everyone at the seniors’ home, knew their names, what they were like, the state of their physical health and the medications they were taking. She even liked the food, though as she said to me once it was more the fact that she didn’t have to cook for the first time in her life.

She hated the six-block walk over to church every Sunday, complained to her minister about it every week, but was appeased somewhat by his firm assurances that she’d get her reward in heaven.

There was no talk of her friends Liztaylor and Lenore. She didn’t miss them. She never went near the hospital now. As her doctor had warned her, one episode of the Mongo Bongos and she’d be out on the street. She spoke wistfully when I went to see her shortly after the doctor had delivered his ultimatum, the smile on her face one of relieved resignation it seemed to me: as if she’d known all along that, at some point, this day would come.

I too had a feeling of relieved resignation for the first half-hour of the ninety-minute drive home. But the more I thought about it, went over some of the crises, calamities and chaos of my childhood, my adolescence, my entire adulthood—the pain, the shame, the terror and outright insanity that my mother’s moods and behavior inflicted on our family over the years—the more confused I became.

Which is what I continue to be to this day on the subject of my mother’s mental illness. Bewildered and angry in my bad moments: wondering if it was all just a game, a mad, clever act, an Oscar-worthy performance she had staged to keep us paying attention to her. Narcissism gone wild? A reliving of dramas she’d gone through in her own family—how were you supposed to know?

While in my good ones there was sympathy and a kind of forgiveness for all she must, at some level, have suffered throughout her life.

She lived in the seniors’ residence, Mongo Bongo-free for the next seven years, succumbing to congestive heart failure the morning of her eighty-second birthday. Her gravestone read “At Rest,” something that, in the end, I think my mother was more happy than most to be.